Skip to content
Home/Charltons News/75 years in the business!
Previous Next

75 years in the business!

AJ Charlton’s and Sons Ltd  celebrated AJ’s 90th Birthday on the 15th October with AJ serving over 75 years in the business.

AJ Charlton’s is a family business founded by Frank Charlton in 1903 originally formed to supply timber pit props for nearby coal mines. The Business was passed to his son Ferdinand who expanded further into the coal industry.  The next generation to take on the family business was Anthony James, affectionately known to most as AJ.

AJ left school at 14 and went to work with the horses delivering coal and timber.  With AJ at the helm supported by his 4 sons Michael, Peter, David and Adrian, the sawmills made the brave step to diversify into gate production.   This has grown from just few oak gates a week to become one of the largest manufacturers of timber gates in the UK, supplying all over the world to a wide variety of customers including the National Trust and many Royal Estates earning Charlton’s the great honour of holding a Royal Warrant.

As well as the development of the gate sales nationally there has also been a localised focus within the area with the introduction of the Timber Store at the Buckland Down Site.  Selling landscape products, Charlton’s gates and fencing to general public and trade customers. Between the different areas of the business over 100 staff are employed locally.

AJ is not only celebrating his 90th birthday but also over 75 years of dedicated work to a family business that has grown generation by generation, now including many of his Grandchildren. As Chairman, AJ still takes an active role in the company and says he is too old to retire when asked the question! 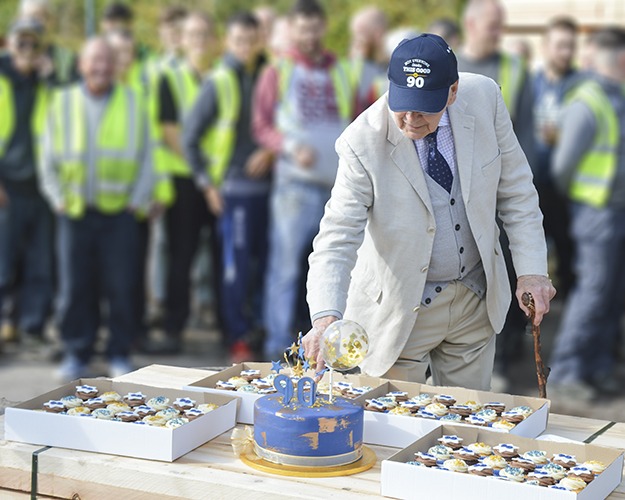