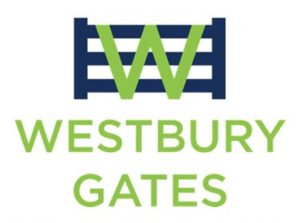 In 2013, Australian Businessman, Adrian Reis was admiring timber gates that he had seen in the Cotswolds. He was impressed by the quality of the gates and chose to track down the company who made them.

“The classic timber farm gates we admired in the Cotswolds were beautifully made and announced the entrance to every farm or estate. A little research and we discovered they were made by Charltons, a family company, 110 years old and one of the largest timber farm gate manufacturers in the UK.”

After contacting Charltons, Adrian Reis set up his own firm, Westbury Gates, in Melbourne to import and distribute the products. He chose Charltons gates for the quality and the brand that they represent. Initially two styles of gates are being exported to Westbury gates; the Estate and Somerset gate.  His launch to the Australian market was at an agricultural show in March 2014.

Adrian said: “At first sight it may seem unusual to ship gates from Somerset to Australia.

“However, many English products have a brand that stands for integrity, probity and quality. In Australia, as anywhere else, customers want quality and to be associated with a respected brand. “Charltons are able to supply us with a great quality product on schedule and at a price that even after transport costs is still affordable here in Australia.”

Chairman and chief executive AJ Charlton, 85, has worked for the firm for 70 years.

He said: “Of course we export. But even ten years ago, I would never have envisaged shipping gates to Australia. “However, we are absolutely delighted to be doing so and with further orders in the pipeline we look on this current order as one of the first of many.

“Clearly, wherever they are in the world, customers want to buy quality. Customers buy our gates and fencing products because they are quality, hand-assembled by craftsmen using traditional joinery skills.”